I am terrible at math. I can do your standard arithmetic, and I can calculate a percentage like nobody’s business (that sweater is 30% off? Sweet!) but once you start talking algebra and calculus and crap, I’m done.

I wasn’t always this way- I started out doing just fine in math, getting As and such through the halcyon days of first and second grade. Then came third grade and Sr. Mary Seton. She was not necessarily a bad teacher, but she was unforgiving and a taskmaster. You would have thought we were a boot camp for the Marine Corps instead of a bunch of 8 year old Catholic kids fresh off our First Communion and therefore still terrified of hell. I was out sick for a couple of days at one point, and I missed the initial explanation of what multiplication was as well as the first five multiplication tables. When I returned she refused to explain what I had missed. I tried my hardest to deconstruct what was going on, but I was eight. And I certainly didn’t want to admit that I didn’t know what was going on- I was a ‘smart kid’ and I liked being a ‘smart kid’ and didn’t want to mess up that impression. 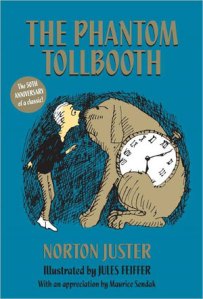 Anyways, I moved on and eventually figured out multiplication and its evil twin division, but I was somehow scarred. In college I took a financial accounting course (don’t ask) and I just could not get my mind to wrap around it. Ask me about the corruption of women’s basic rights as the precursor on The Handmaid’s Tale and I could write you a dissertation- ask me about accrual vs. cash accounting and its impact on the balance sheet and I would look at you like you had nine heads. It was so bad that the professor pulled me aside and asked me what happened around third grade. I was stunned and I sputtered out my tale of multiplication woe and he gave a knowing smile- “I’ve taught plenty of students like you who struggle with this material and they’ve all had some kind of run-in with math right around that age. Don’t worry, we’ll figure it out.” So I’m not alone, and he was tremendously helpful to me in eking out a very painful “C” in that class.

I have always been more attracted to language and words. That’s part of why The Phantom Tollbooth is one of my favorite books- the plot revolves about the tension between math and language, and it is ultimately resolved by the beauty of language (King Azaz the Unabridged and the Mathemagician being forced to finally agree on one thing- to disagree).  I love puns and wordplay and how a book is invariably better than the movie. My brain operates best in the colorful, grey areas of words and meaning, not the boring black and white of math, where 2 plus 2 is always 4. Where’s the fun in that?

That’s the thing about math- I can do it, I’ve just never understood it. It is the difference for me between reading words on a page and truly understanding the story. Why on earth did I need to know what a cosign was? Who uses this in real life? (answer: no one. Ever.). By the time I reached high school I would look my algebra teacher in the eye and say “I am going to law school. I don’t need to know this.” She was kindhearted enough to give me extra credit on a final exam basically for spelling my name right. Also, law school was hell, but that’s a topic for another time.

With the wisdom of hindsight, I can now see what was actually being taught. It was not so much “doing the math”, it was problem-solving and critical thinking skills. What is PEMDAS other than a structure under which to analyze and tackle a problem? It is the math equivalent of diagramming a sentence (and I can diagram the shit out of a sentence. Sentences cross the street when they see me coming). Algebra is simply an attempt to solve a crime with only some of the evidence available. Geometry explains how (most) buildings don’t fall down. I don’t recall math ever being presented in that kind of context, it was just something we were supposed to learn based on its intrinsic value. Why do I have to know this? Because I said so.

I know how we teach math has evolved significantly over the years, but with my oldest daughter starting kindergarten this year I’m nervous about helping her with homework as she progresses and it becomes more difficult. She is very interested in science and engineering- loves astronomy, and learning how things are made- and I think I’m overly sensitive to the “girls aren’t good at math” stereotype because I am a walking example of it.  We’re cool with counting and basic math, but when we get to manipulating fractions that’s going to be a rough one for mom. I think contextualizing the why? of math is truly the key to understanding it, and that’s the element that was missing for me in the beginning stages of my math education.

So we’ll see what happens over the next couple of years. Thank goodness for online tutorials for parents like me, and my husband’s mathematical capability.

After all, what you learn today, for no reason at all, will help you discover the wonderful secrets of tomorrow.