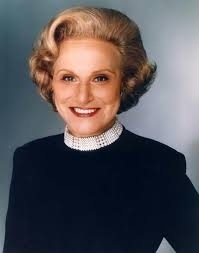 “The only good thing to do with good advice is pass it on; it is never of any use to oneself.”
― Oscar Wilde, An Ideal Husband

What is it about parenthood that automatically makes strangers get involved in your business? I am not immune from this impulse- I see some cutie patootie stealing his third sample of dairy-free ice cream (ice soy? IDK) at Trader Joe’s and I’m all “how old is he? Has he gotten into Harvard yet? You should definitely get extra long sheets for the dorms. Have a great day!”

I don’t find the general chit chat about kids to be annoying- where I live I think the kid to adult ratio is about 142:1. You can’t sneeze without 987 parents handing you a bottle of hand sanitizer. I like when people talk to me about my kids, or even better when they talk TO my kids. You’ve never seen a prouder girl than when a lady at Starbucks quizzed Maeve all about her new baby sister, or when the dude at Chipotle spent like an hour discussing the pros and cons of flying as a superpower with Bridget (she is not impressed by it and prefers something called “pink superpower!” I’ll get back to you when i figure it out). And yes, I can hear you silently judging the businesses I patronize. Sometimes mommy needs a peppermint mocha with her burrito and Joe’s O’s, okay??

The one thing I cannot stand, though, is advice.

Advice from strangers is never advice. It is judgment. Pure, stone cold judgment. To quote from the philosopher Jerry Springer, “you don’t know me!”. Advice is given amongst friends, after synthesizing the facts of the case and intimate knowledge of the person or persons involved, preferably with two to three glasses of a good Argentinian Malbec mixed in for good measure. And as a rule, advice is never offered without a request for it. What strangers say to you is a reflection of their own issues, and you dear, are the mirror.

Forthwith, I share with you the greatest pieces of judgment I have ever received:

“Your daughter’s shoes are on the wrong feet.”

So that’s not really advice, it’s a statement of fact. And it is true 98% of the time. You know why? Allow Monsieur Louis de CK to explain:

She finally put her shoes on. 20 minutes after I told her we needed to go pick up milk. Yes they are on the wrong feet. I do not give a fuck. But thank you.

“Um, your daughter is eating rice off of the table. Shouldn’t you put a napkin down or something?.”

This one almost sent me into premature labor. One, it was said to me by an obviously childless 20-something who I could tell felt she was doing a true public service because she stopped to take her iPhone ear bud out (just one! don’t want to totally lose the T-Pain!) to share her nugget of wisdom. Two, raise your hand if you’d be pleased that your kid was actually EATING DINNER and it wasn’t something that had previously been on the floor. I see you! Three, she interrupted a very lively game of I Spy that I was playing with my other daughter. To inform me that my three year old was actually eating her dinner. Quietly. Off of a table top. That I cleaned with a baby wipe before we sat down. I should also note that these were little errant, escapee pieces of rice, not whole bowl of rice that I dumped I front of her like Alpo.

When I just went “oh, thanks” and made a face that did not correspond to the word “thanks” she replied “well I thought you’d want to know”, gave me an eye-roll, put her earbud back in and proceeded to order her burrito. I hope she ordered pinto beans before they were vegan and only just found out she ate two pounds of bacon.

“That baby really should have a hat on.”

I know what you’re thinking: Siobhan, it is almost December. Your baby really should have a hat on. But this was August. In the refrigerated section of the grocery store. Where we were for a total of nine seconds.

Sigh. “I don’t know why so many mothers use pacifiers these days.”

I can’t place this one. I was in line at Target, maybe? This was a good one because Maeve was about three weeks old and I was just emerging from a nightmare breast feeding experience and was told by my pediatrician to use a pacifier because the child was literally destroying a key piece of my anatomy. Also, note the passive-aggressive tone. I REALLY wanted to smile and say sweetly “it’s because she’s practically gnawed my nipple off, here, let me show you!” But instead I just said “if you’re willing to be up with her all night and half the day you are more than welcome to come to my house.” She switched lanes.

I’d feel differently if I thought these folks genuinely believed they were being helpful. But they knew they weren’t, they were just using me to make themselves feel superior. I’m grateful for people who point out that the baby just lost a sock or Bridget dropped a crayon. Those are helpful, actionable things to do for another person. Imparting what you feel is your wisdom to someone who did not ask for it and whom you subjectively decided needs it, is not.

So the next time someone tries to give you parenting advice, just ignore what they are saying. You’re doing your thing, the best way you know how to do it, and you are rocking it.

But that’s just my advice.

One thought on “The Best Advice”